Umbellifered out and spoilt at Gravetye Manor The day before yesterday we were umbellifered out and spoilt to bits  all in one sitting, so to speak.  A birthday celebration took 3 of us to Gravetye Manor in  north Sussex, near East Grinstead.   It is not a  bit of the map that you might pick on  and say “I must go there”  hard bitten as it is  by Gatwick and scarcely out of the breath of London.

The car  rolled down an  extremely long drive through trees into the middle of nowhere with a view.  We were delivered into the courteous hands of a latter day butler  who showed us up  steep stone steps into  a sumptuous panelled house, Lely on display by the front door. Gravetye Manor, a house originally built for a prosperous Iron master in 1593 was bought by William Robinson in 1885 and when he died left the house to  the nation  with gardens and an estate of 1000 acres worked as a timber concern.

William Robinson started life as a gardener one two different Irish Estates.  He arrived in England as a young man with a  letter of introduction which got him a job at the Royal Botanic Society, Regents Park. He immersed himself in botany, in particular the native flora of the UK and travelled widely including to the USA.   Robinson was an acute observer of the way that plants formed their colonies in nature. Gardener, scientist and networker.  His friend Charles Darwin put him up for election to the Linnaeus Society.  His other friend Gertrude Jekyll was highly influenced by him in her planting plans.  Beyond  and above these attributes Robinson was a horticultural writer.  One with a mission as he looked with horror at the labour intensive and garish bedding out schemes.  These  saw borders being dug over every winter and then planted up with new exotics from South America.

His greatest  book “The Wild Garden” was published in 1870. Its remit was to teach a more natural style of gardening - to move perennials that are thugs in traditional borders to wilder spots.   Japanese anemones, aconitum, eupatorium and echinops  are just a few from his extensive lists.   He was an advocate of naturalising bulbs in grass, running large climbers such as astrolochia and viines  up into  trees. “The Wild Garden” apart, Robinson published a whole series of books and a weekly magazine “The Garden”.   He had tapped into the zeitgeist of the age and was a hugely influential.  It also made him very wealthy.  He was only 32  when “The Wild Garden” was first published and was to see another 6 editions printed during his long life.  He was living in the time of huge change - industrialisation,  building projects in the suburbs.  A strong reaction to this was the Arts and Crafts movement. Robinson was something of a muse to them.

And so to the fabulous gardens of Gravetye.  They have that lovely Sussex way of punching out a view around the house with hills, forest and big sky as background to the plantings.

The grounds surround the house and the gardeners, all five of them have the job of providing vegetables, herbs, fruits and cut flowers for the house which, by the way,  is the most delightful and friendly hotel. Robinson built an octagonal walled garden at the top of the hill with superb south-facing location.  From there the gardens flow down the hill with glasshouses, cold frames, orchard and an exquisite croquet lawn.

The nearer you get to the house, the more prolific the planting.  Exuberance predominates and as we walked through secret paths bound by phlomis, euphorbias  and cat mint past tumbling oceans of epimediums we kept bumping into ever larger umbeillifers.  Peucedanum, angelica, true fennel.  There was a lovely informal riot going on buffeted by huge winds and stormy skies. The exciting and relaxed planting is set against high grade hard landscaping.  Dry stone walls of even cut blocks, york paving without mortar and walls, mounds, pergolas.   To see all this you have to check into the hotel for eating/staying.  No hardship that as it raises the whole visit to the upper echelons of exceptional. 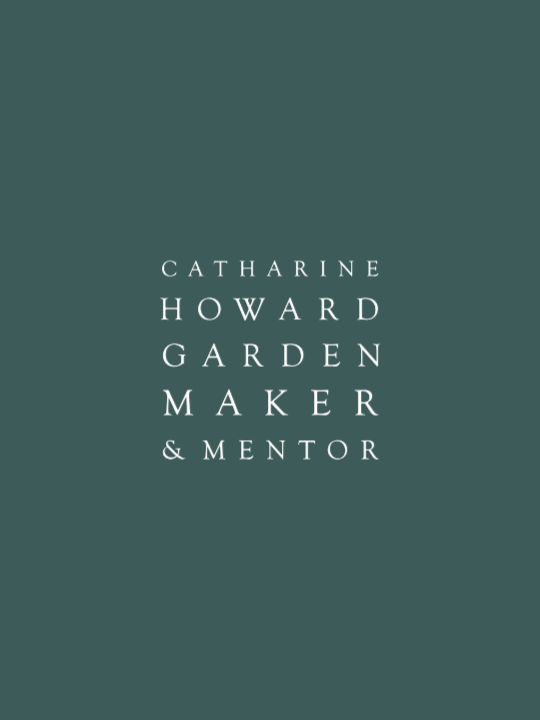