“Have issue.  You were so adamant that you wouldn’t go to Chelsea again.  Discuss, please”.

This text came through the day I was at this year’s Flower Show and looked like a   an essay question. 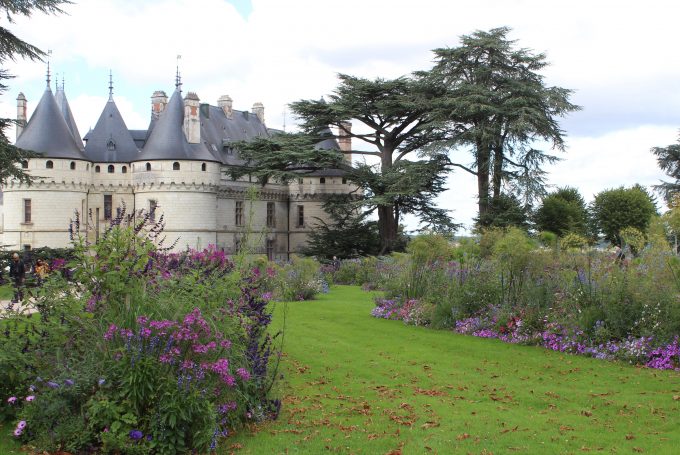 The best way to answer it  is probably to   compare  Chelsea Flower Show  with the Chaumont sur Loire International Garden Festival.  This takes place in the grounds of the Chateau of Chaumont which sits in a well built and rather self satisfied away high above the languid reaches of the Loire.

A rather different affair to the hurried mayhem of Chelsea and  other RHS spin-off regional shows in that it opens in April and runs for 7 months of the year.  The process works like this:  about 300 designers submit a design and from a shortlist, via technical drawings and interview, the number is whittled down to 30.  This bunch then have a budget – now about 12K in euros awarded to them and get given a plot on the festival site. 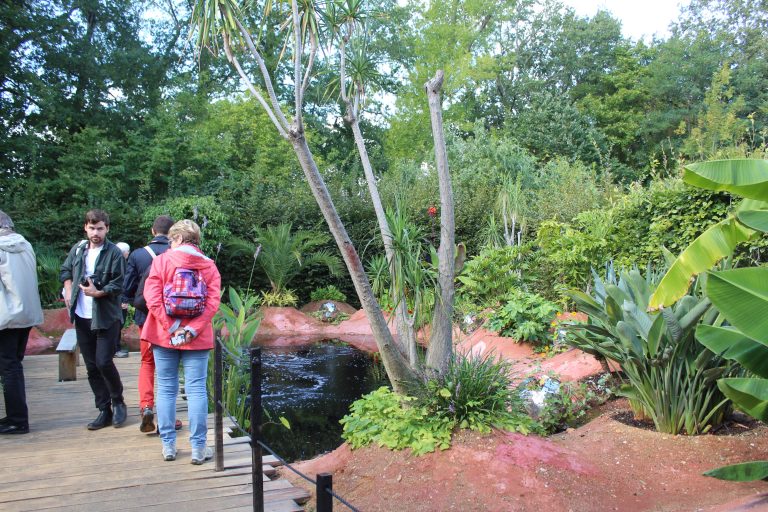 After the grand opening, the individual gardens are maintained by the gardeners of the magical Domaine of Chaumont sur Loire.  As for Domaine,  it translates as Estate but is more than that as it gathers under its umbrella action, thought and influence.  The Domaine raises the funds, promotes the festival, looks after the grounds.

Back to those gardeners, they keep the whole area of chateau gardens, parkland, sculpture park in a delicious state of good gardening – so that the visit we made in September found it well burnished but scintillating too.  One day I would like to meet the formidable Chantal Collen-Dumond  who has been the leading light behind making Chaumont a place of “nature and culture, artistic creation and landscape intervention”. 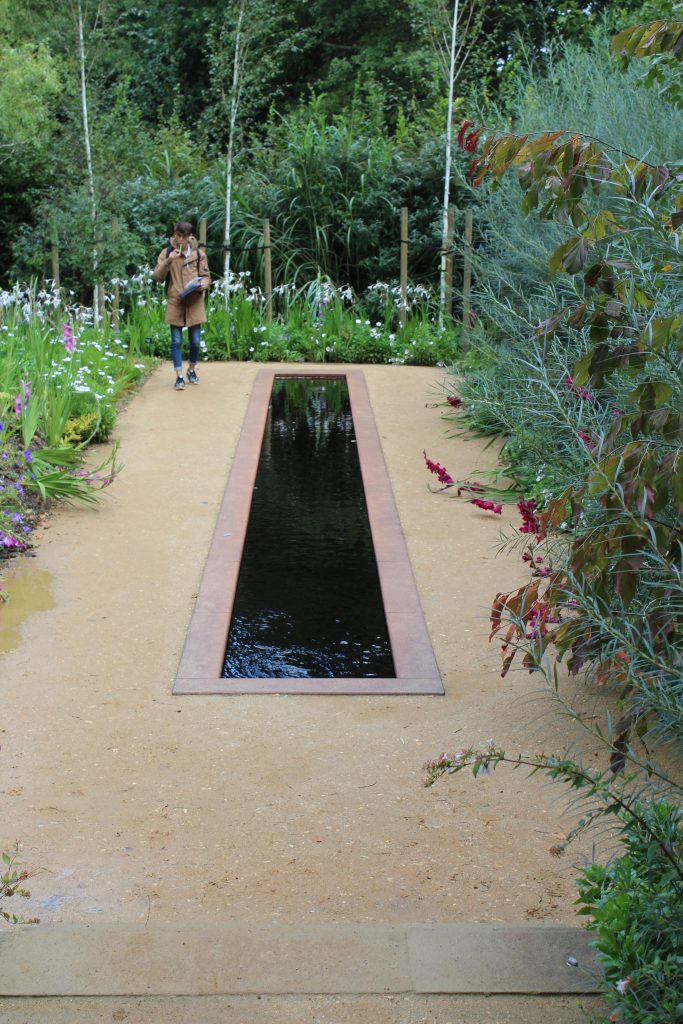 A leap over the fence into horticulture seems to happen very readily.  Here’s the description of   the career of one participant, Adrien Ohlmann who co-designed  LES COULISSES DES ATTRACTION (pic above)   “peppered with discoveries of a wealth of unique, out-of-the-ordinary and prestigious places, château grounds, private townhouses and Parisian terraces,  including work at Château de Versailles and in two Zen gardens. Such experiences have served to confirm his vocation for the art of gardens”. 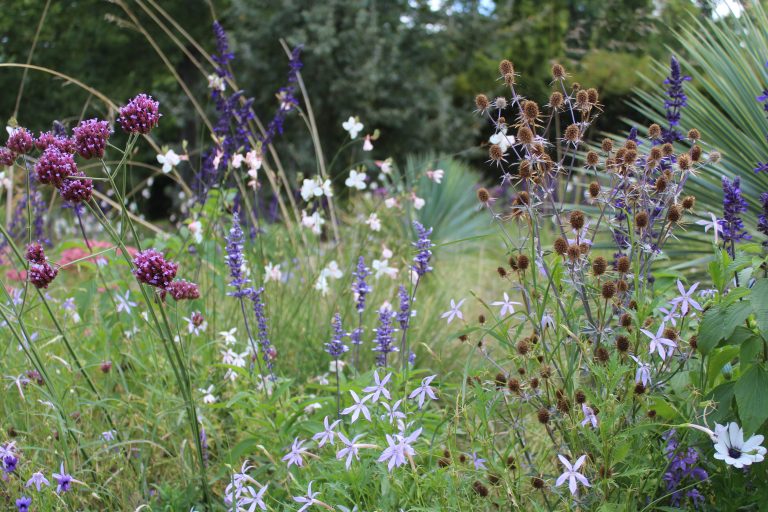 I like the way that  gardening marries up with a commitment to the other arts.  One garden took a poem from Rimbaud to bring alive a post-diluvial garden.  Another, this time by Anna Rhodes, a  landscape architect from Edinburgh, used her garden called TETE A TETE to bring these words of Matisse alive:

“There are flowers everywhere for those who bother to look.”

She  engulfed us in her garden; we were invited to stretch up, lie down, get close and uncluttered in the mind, to scrutinise and observe.  We lay on coloured mats and stared up at  the petals of the echinacea.  The various  show gardens  all beckon you in and invite you to take part, catching your own reflections in mirrors, parting a way through giant tresses of hair, distorting a view by walking backwards or getting very close to frogs that must have been imported as a job lot in  LA PLANÈTE EN ÉBULLITION. (Second image above)  From the point of view of pollinating insects, PUISSANTES IMMOBILES  by a father and daughter team , Nicholas and Marlise Fillon, was a really good immersive experience. 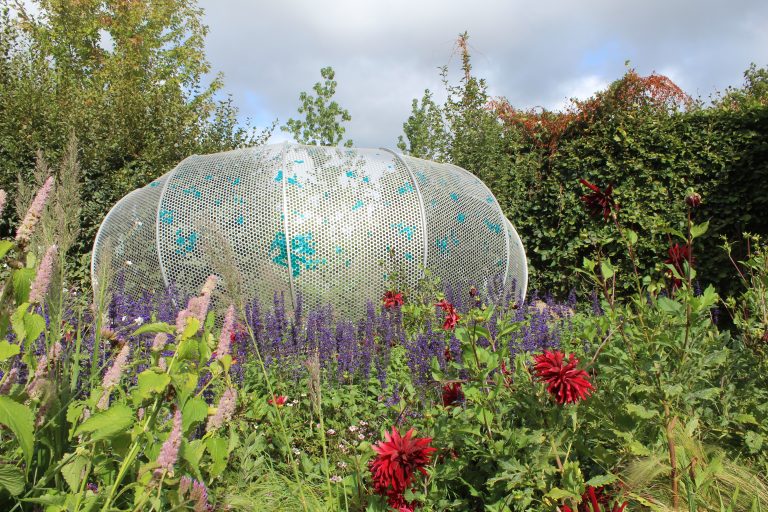 And so this week I had a chat with Anna, who works for Harrison Stevens,  to get the low down.   Selected in February of last year, HS gave themselves 10 days to set up their garden of 250  square  metres with 3000 plants (Budget stipulated  12 plants to the square metre).   The staging had been designed for quick assemble on site.  Piled into 2 vans, they drove like bats down to Chaumont and while setting up, were put up by the Domaine in the stable block of the chateau – 3 square meals a day provided to keep up flagging spirits. There were many materials on site that could be recycled from the previous year: soil, mulches and so on and the organisers scrutinised the submitted plant list  and reported back that plenty were available from the Domaine  The local nurseries supplied the rest. 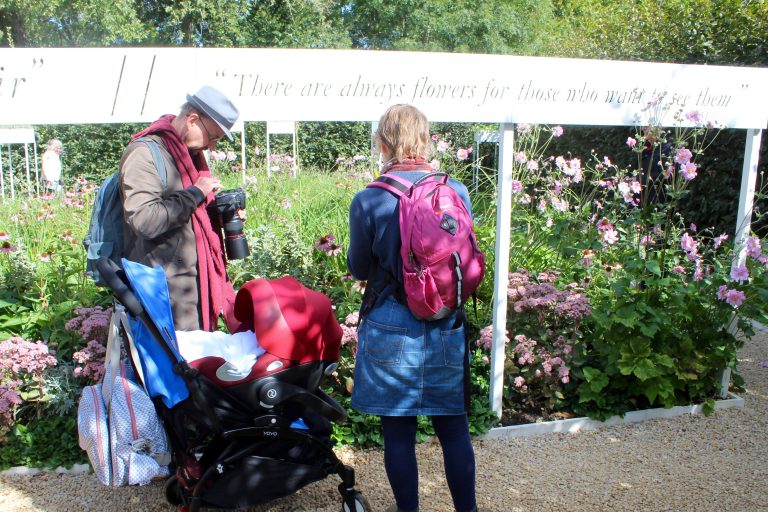 Had she been able to keep within the budget provided by the Domaine?  Pretty much so apart from the travel and accommodation on the way.  The Festival was live from April through to November.  The floriferous display on TETE A TETE’s stand was still pumping out colours when I visited in September.  Anemone x hybrida Queen Charlotte, Sedum Matrona and Echinacea White Swan in full and jolly spate.    Anna did say that a beady eye had been cast over the plant choice to ensure continuity of display.

And there I think we have it.  The small budgets, the longevity of the display which make demands of horticultural possibility, the walking within the gardens, the recycling element.   These and perhaps a subtle gallic variant on gardening status. It makes a huge difference that the plants on display really are growing as they should – by season and subject to the vagaries of correct planting and co-habitation with their fellow specimens.  This does not happen at the English shows.  The Chelsea show garden plant fantasy is something that I have never liked. 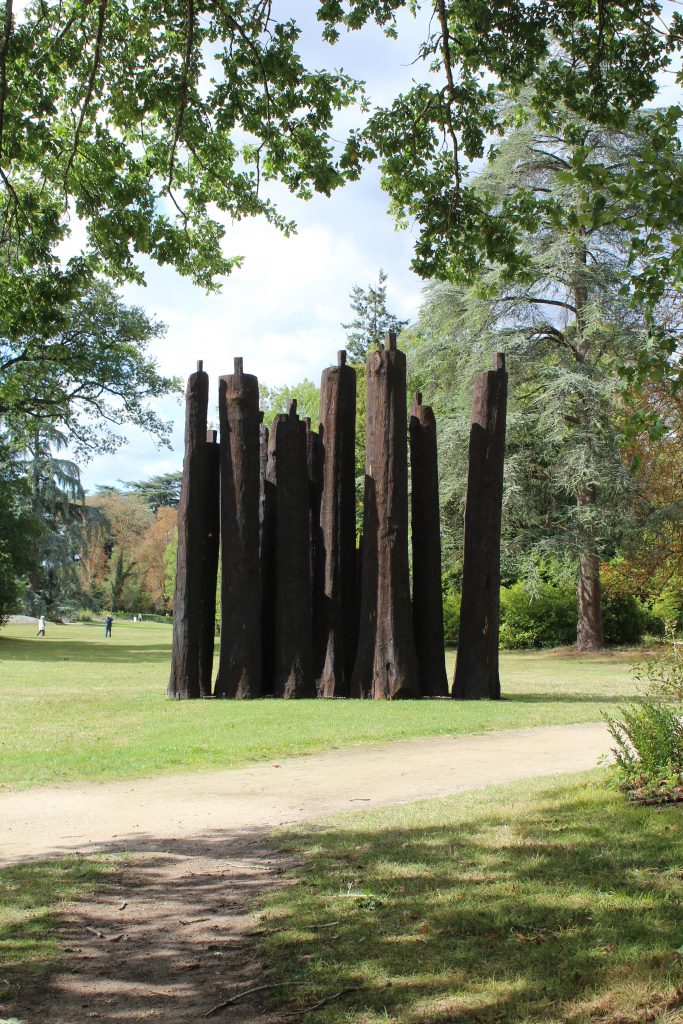 But the very great difference between Chaumont and Chelsea is underscored by a walk round the rest of the Domaine, from Land Art artfully placed in the best of site specific ways,  (above is  Christian Lapie:  La constellation du fleuve 2015)  a visit to contemporary art exhibitions housed in the stables, a wander through the courtyards and to the chateau.   During this peregrination  you  will see the sort of gardening that is surly done and perfectly executed – from bedding exuberance round the castle and outbuildings to flower beds round the garden festival site.  We examined it all, even the box topiary emerging from hoggin in the courtyards. 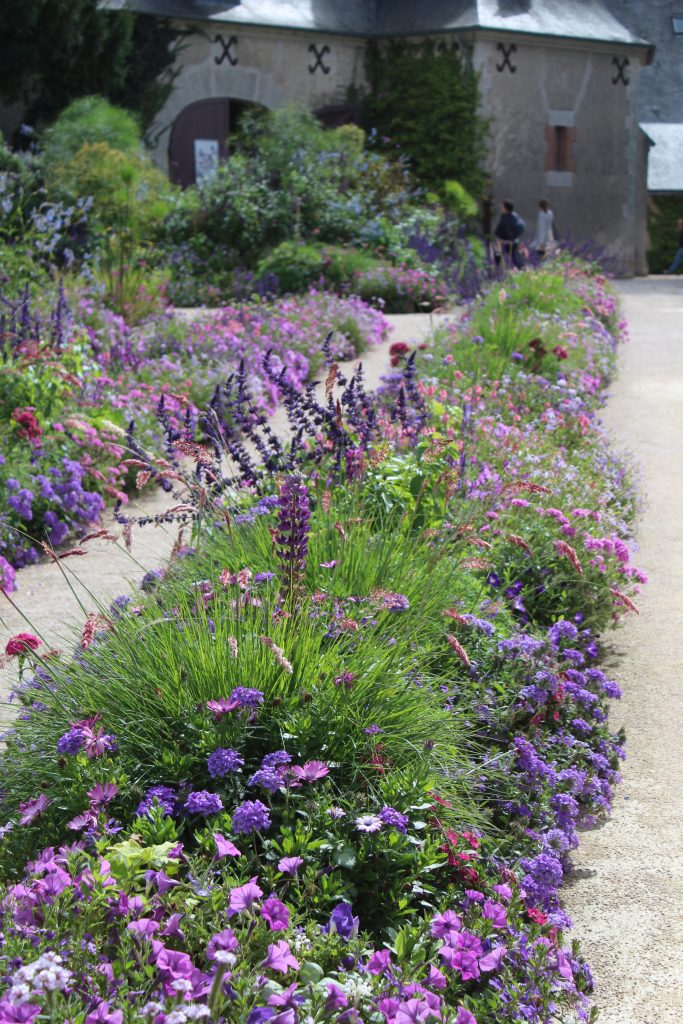 As you stroll you will not see one single banner for sponsorship, or gift shop with memorabilia  of your trip, or concession selling garden equipment. The relationship that the Domaine has with obtaining its funding seems much calmer than the RHS approach.  On discussing Chelsea Flower Show with my business globe trotter of a sister in law – her verdict:  “ it’s a trade show isn’t it?”. 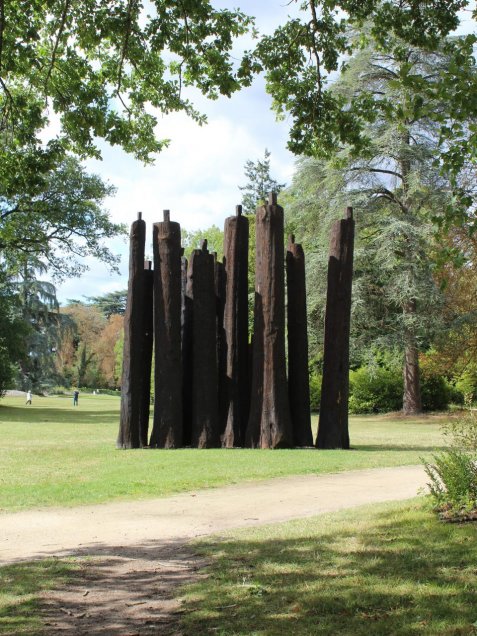